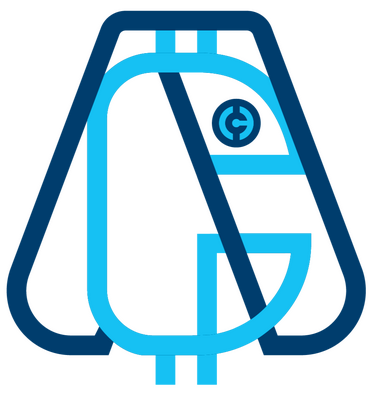 A culturally-driven community where passionate stakeholders in the crypto, gaming and anime industries leverage the innovations of blockchain technologies to pioneer new revenue models and financing opportunities.

Anime is more popular today than ever before but this rapid growth in demand has inadvertently led studios to overwork their creative teams without financial incentives for their extra hard work and sacrifice. If this continues, the only legacy that will be left for future anime artists is burnout.

We're building an ecosystem where innovative digital assets are designed and created to sponsor the next generation of anime/manga-inspired artists and works.

A decentralized autonomous organization (DAO) in the making representing a historic moment where crypto investors, NFT collectors can partner with creators and form communities to finance and develop digital assets that unlock new sources of revenue while creating new ways to reward the artists for their skills, hard work, and creations.

Hekonai provided an inspiration that brought this team together from a variety of disciplines and interests. They will make sure to assist his adventures and participate along with you.

Hanawa Hekonai made his debut in what is considered the first Japanese animated film, Namakura Gatana (1917). After over a century of pratfalls and misadventures, he decided to leave the safety of vintage cel animation for new challenges in crypto-finance to bring innovations in anime. His hobbies include classical heroism, traveling through anime history, studying with industry professionals and interacting with fans on Discord.

Patrick Price is a software consultant and Solidity programmer. One of Patrick’s first computing projects was setting up a Bitcoin node in 2011 and he’s been following crypto since. In 2021, Patrick left his day job working on camera gimbals for military-grade surveillance drones to found NorthwestNFTs, a web3 consulting firm. Patrick’s hobbies include backpacking around the PNW, martial arts, and gaming.

Eduardo Yeh is a media/tech entrepreneur for over 2 decades, venturing into startups and projects involving manga, anime, games, and Internet applications. Since 2012, he’s been working with Avatars, VR/AR, AI and the blockchain, tasting his first bitcoin transaction in 2015. The common thread is his desire to pair technological innovation to human needs.

Donald Guarisco is a writer and filmmaker. His film and music writing has appeared in All Music Guide, All Movie Guide and DVD Delirium as well as his long-running website, Schlockmania.com. His work explores the barrier between reality and fantasy as well as technology's impact on modern life. He brings his experience in creating and honing narratives to assist the team in telling their story of bridging the gap between psychology and technology.

Sridhar Rao is an entrepreneur and executive with experience innovating and bringing products to market in areas including mobile, digital media, IoT, AR, and e-Commerce. He built companies, advised, and managed teams of various sizes including launching intrapreneurial projects at large companies. His involvement has been throughout all phases of a company's life-cycle: pre-concept, early-stage, venture/angel financing, growth, and exits.

Bringing about this ecosystem is the mission we wake up for each day. Do you want to share that passion with us? If so, please enter your e-mail below, follow us on twitter and join our Discord Portal so we can keep you informed as we unveil our up-and-coming NFT sales and auction events.